The Broederenkerk, build around 1306-1307, is one of the few well-preserved monastery churches in the Netherlands. Countess Margaretha van Gelre gifted former count’s terrain to build a new monastery. A brick hall formed the oldest core of the complex, which became the Dormitorium (dormitory), where the Stedelijk Museum Zutphen is currently located. The Refectorium (dining hall) from approximately 1500 is now the front of the Stedelijk Museum. The church itself was build around 1300 in pristine gothic style. After a vacant period of several years after 1970, the local municipality bought the building in 1980, and the public library found its remarkable dwelling. 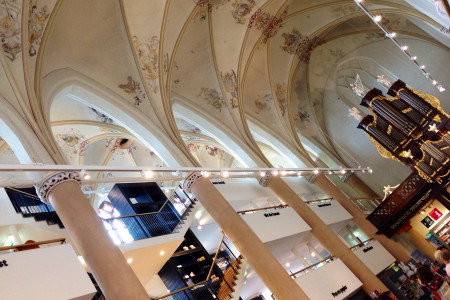