Leo Vroegindeweij became known for his sculptures, folded from sheets of led or brass. The sheets were cut from the same ground plan and complement each other, like a Yin Yang symbol. He also pours cement or concrete shapes that he combines with soft materials such as led, copper, aluminum or wax. This gives the sculpture an element of vulnerability in addition to a certain sturdiness.

By the end of 2015, the Kröller-Müller Museum acquired a monumental sculpture from 1992 with three drain pipes and several powder white plaster spheres. The sculpture was provided with a greenhouse in 2002 and will be installed in the museum’s sculpture garden in its totality this year. 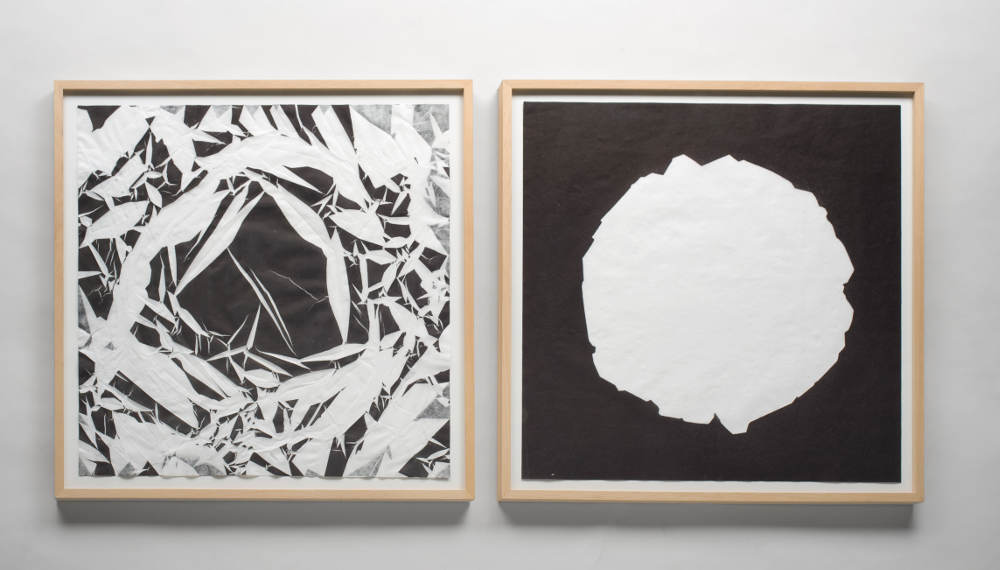 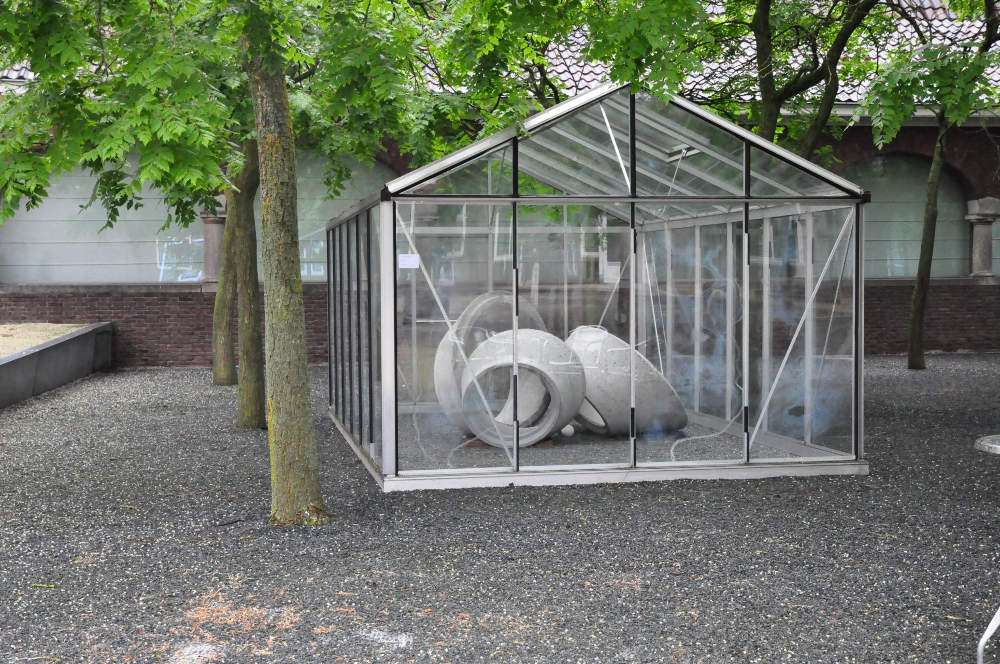 Visitors about the Leo Vroegindeweij