SlaveCity is a model for an utopian society that was developed by Joep van Lieshout. It consists of plans, drawings, paintings, maquettes and images. According to Van Lieshout, everything is rationalized in SlaveCity. The ‘slaves’ are people who are primarily doing hightech work that generates a high profit. They are not getting paid, but are awarded with things like entertainment and trips to brothels.

The society is entirely self-sufficient and everything is ecologically sound. SlaveCity is dedicated to realizing the highest possible profit. Not only are objects recycled, but also the slaves themselves: when they lose their function, their bodies are processed by the highest bidder.

According to Van Lieshout, you might think that there are many resemblances between SlaveCity and our own society, but it is up to the visitor to distinguish between good and bad. 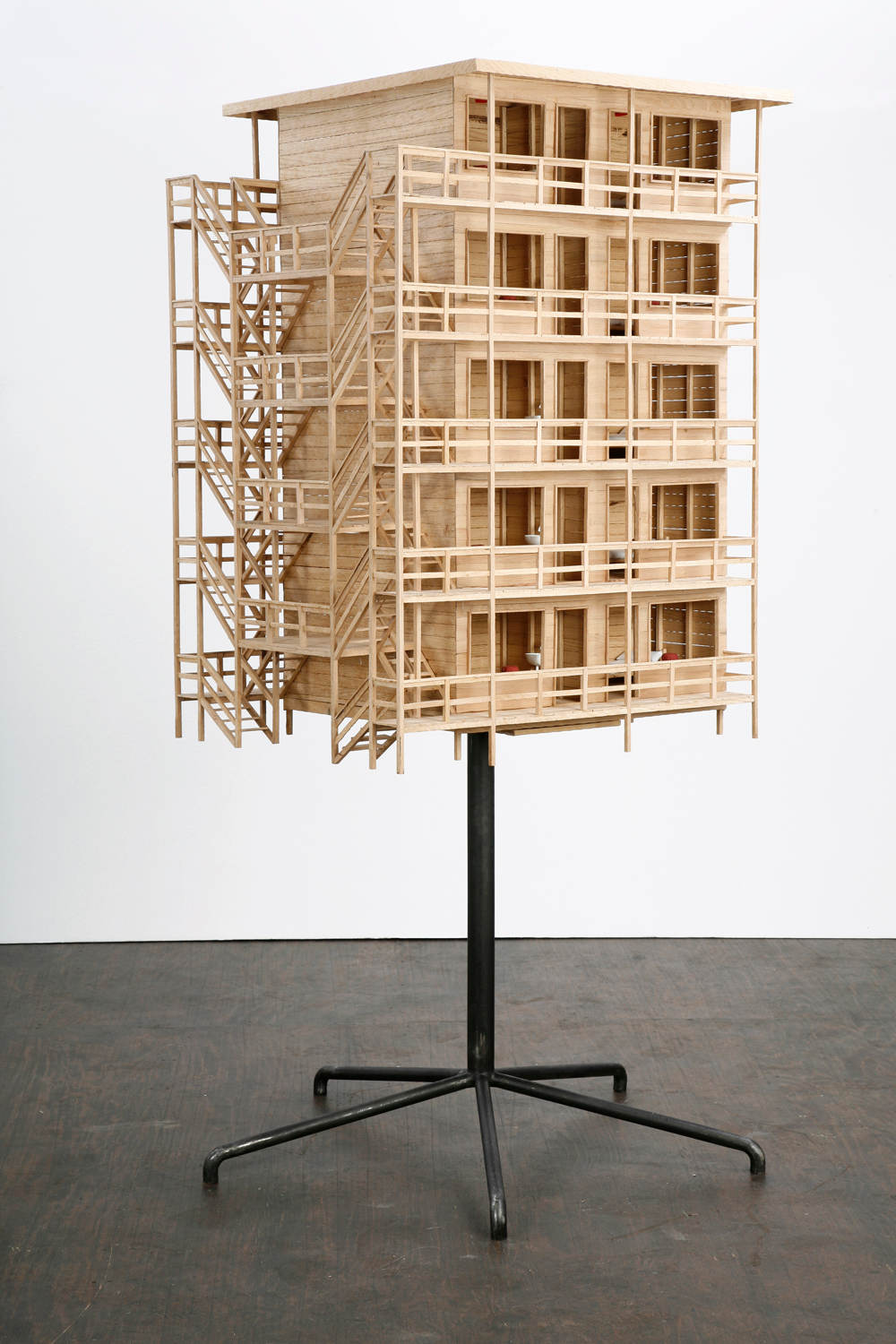