This Spring, the Gemeentemuseum in The Hague is showing the gorgeous, sensual painting Judith I by Gustav Klimt. It is one of the most important pieces owned by Museum Belvedere in Vienna and one of Klimt’s best known pieces from his Golden Period, in which he used real gold leaf in his paintings. “This is a dream come true. The painting rarely leaves Vienna and only with permission of the Ministry of Education, Arts and Culture”, says director Benno Tempel.

Klimt portrayed Judith as a dangerous femme fatale. As the main character in the Biblical story of Judith and Holofernes, she was long seen as a strong and chaste heroin. She rescued her city from the hostile army of Nebukadnezar II by seducing and then beheading its general Holofernes. Klimt portrayed Judith as a devourer of men who killed Holofernes out of vengeance. In doing so, Klimt became the first to picture Judith in this way. Judith is not a heroic tableau, but a sexually nuanced masterpiece. Klimt painted the portrait and the hands realistically and surrounded them with decorative fields of a golden background.

In a remarkable design, Judith is shown in combination with a portrait of Edith by Egon Schiele, one of the main pieces in the collection of the Gemeentemuseum. Schiele portrayed his wife as the paragon of chastity. Director Benno Tempel: “The works supplement each other nicely, but that is not the only reason to put them together. Klimt and Schiele’s oeuvres are both thematically and stylistically related. In addition 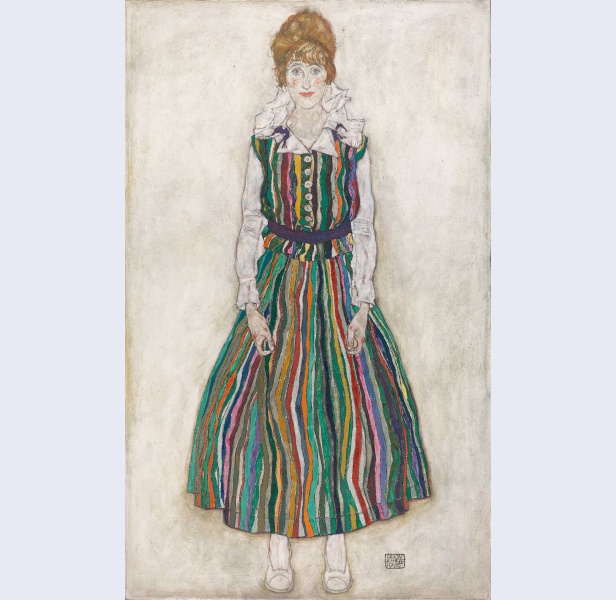