The exhibition Primi Pensieri opens April 24 with work by the artist Alfred Eikelenboom who died in 2014. Eikelenboom worked on various projects; best known are his Utopian Models and his sculptures in public space.

Primi Pensieri focuses primarily on his lesser known two-dimensional works: lyrical abstract drawings from the period 1960-1964, pop art collages from around 1964, sketches for Dynamopolis, Migratory Men and Fly in City from 1969, Graphics on Grids from 1970-2014 and works from the uncompleted series Painting as a Project. Alfred Eikelenboom saw the different disciplines in which he worked as parallel worlds that existed next to each other, without explicit common ground.

Early drawings already reveal the first thoughts and formal experiments, that appear in the more recent images. The Graphic on Grids sheets have a grid structure as well as multiple layers of images that were sources of inspiration to Eikelenboom. Items of universal beauty, images from architecture, science and nature. These sheets can almost be read like a diary, treated with drawings, submitted to telephone doodles, designs, calculations, sketches or left blank on purpose, and signed.

Primi Pensieri was put together by Rob van de Ven in collaboration with Esther Eikelenboom. The exhibition was made possible by the Mondriaan Fund. 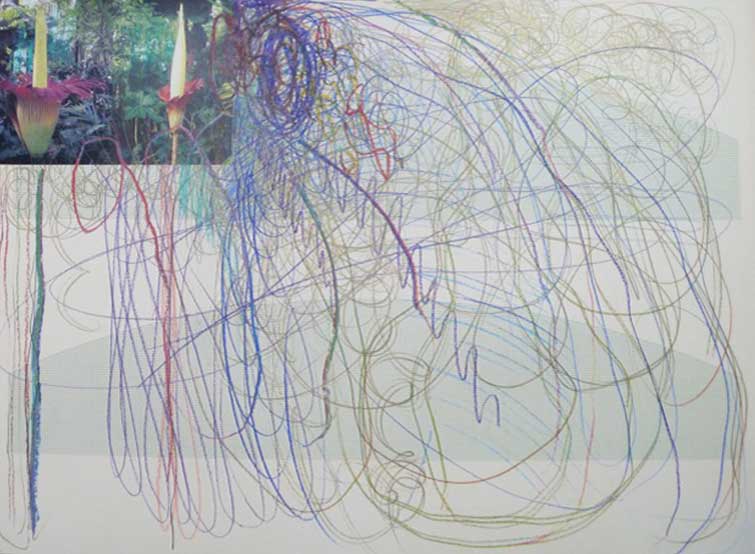 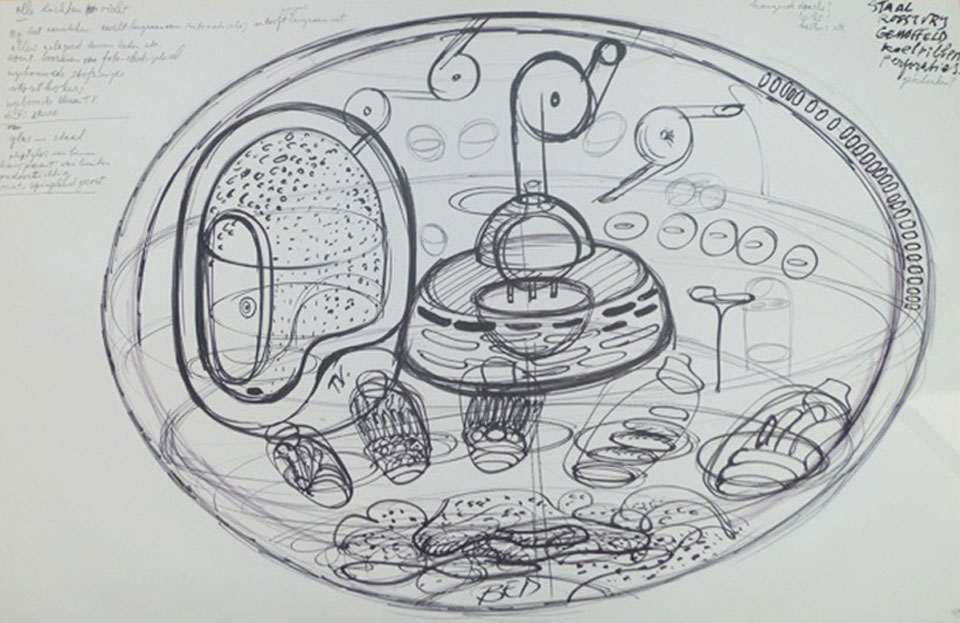