To own the Art within the Soul | Editorial note #20

Before I dive into presenting the amazing oeuvres of some equally amazing artists presented in our anniversary issue, I want to take a moment to tell you about a certain artist’s mother, my own in fact, who while she never officially became an artist herself, would eventually become my muse.

My mother was buried on the 9th of November 1989: the same day that the Berlin Wall came down. On one of the most hopeful days in the history of twentieth-century Europe my main memory is of the sunlight filtering through the windows of the Benedictine abbey – fingers of golden light reaching out to rest upon my mother’s casket and to our empty hands.

A year before her passing, she redecorated the family home, like she was often want to do and in a way that only she could, as a means of complementing the newest phase of her life. A phase that in hindsight would turn out to be her last. It was a phase in which she was settling into the role of a mother without her daughters, all five of whom were studying elsewhere; a wife without her husband from whom she was living apart; and a first-year student at the St. Joost School of Art and Design in Breda.

The latter was a childhood dream that never came to be in her youth. However, this executive decision to reroute her life would also prove to be a painful one. How was she, in her fifties, ever going to fit in with the first-year students? She had been an artist all her life, of course. You only had to look at the interior of her home, her ability to transform other people’s homes, the exuberance of the garden which she tended to, the dresses she sewed and her unfailing eye for seeking out quality in the things which others made and wrote. She was an artist in everything that she did, she just couldn’t see it. 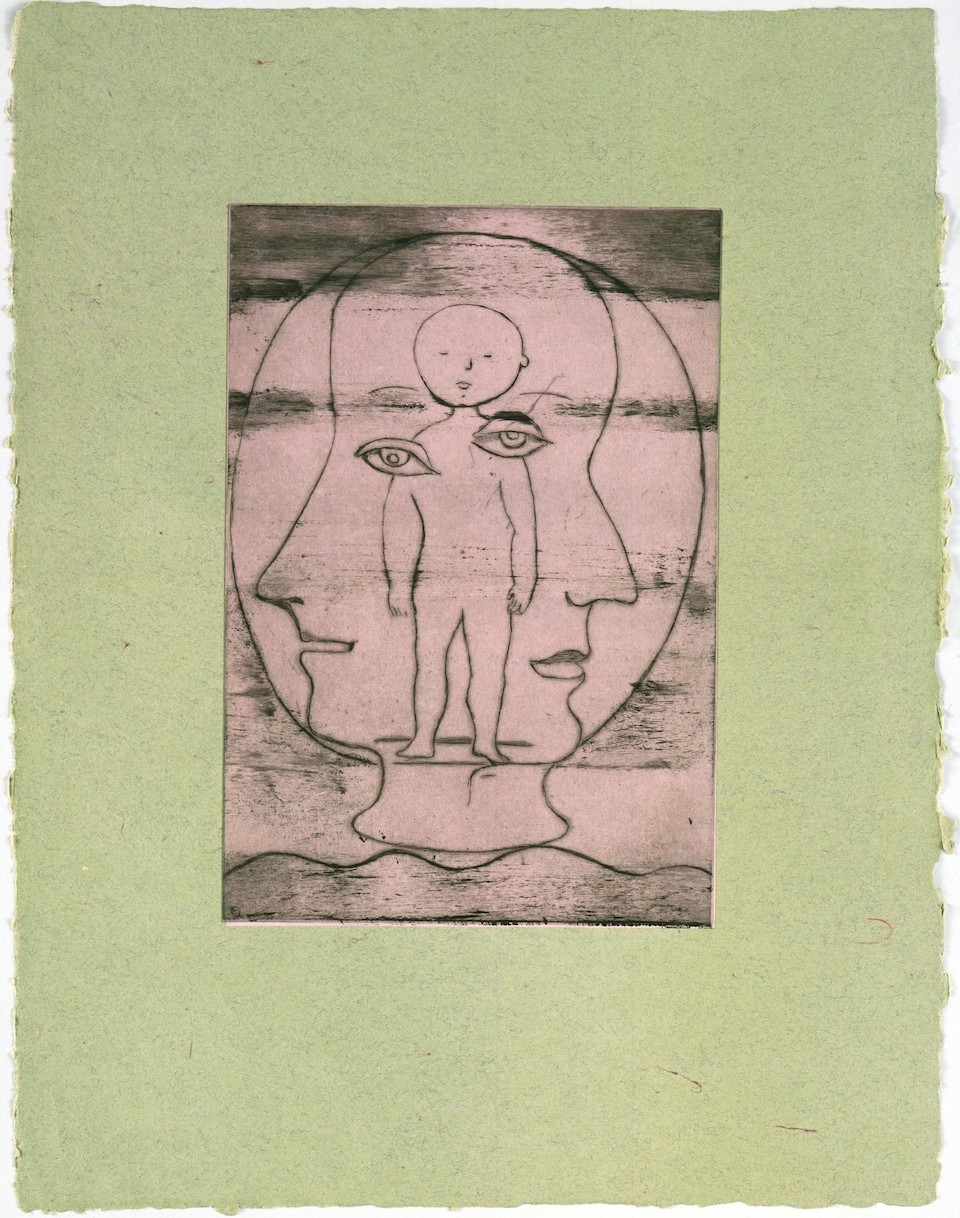 When given free reign and unlimited scope in which to work, the power to create is the most wonderful thing in the world, charged with the ability to spark that spine-tingling connection between artist, artwork and viewer. But leave a person alone with such an unbridled source of power and it can turn inward, becoming destructive and even fatal – when on a stormy Friday night my mother decided to swing the steering wheel of her car and plunge it into the water, not far from the family’s sanctuary which she had so carefully created.

It’s not easy to find our place in the world, we all know that, how hard it can be to discover your own voice. And for women, the ground is especially shaky when it comes to self-esteem and confidence. For a long time, I saw my mother’s death as an individual fate; it wasn’t until much later that I realised that while her life story may have been individual, it was certainly not unique.

For women, the history of art has been a chronicle of exclusion. Hardly any have ever been granted a place in the canon; not in the past, and not really in the present either – incredibly; over the past decade, the total amount paid for works by Picasso has exceeded the total amount spent on all the works of female artists (Artnet, 2019).

Three years ago I bought the fantastic Women’s Work is Never Done, a book which would come to sit on my desk like a beacon, written by Catherine de Zegher, a person for whom I felt an immense familiarity with even before having met. As fate would have it, she lived in Belgium; just a stone’s throw away. I called her and we agreed to meet in Antwerp, an encounter which would become the beginning of a fantastic voyage of discovery, wherein she would introduce myself and the rest of the editorial team to a host of amazing artist of which we had not yet heard.

Before you lies a collection of the swirling route through hundreds of rebellious and wilful artists, all of whom have (or had) the strength to remain upright and strong in the face of the structural negation of their creative prowess. It is a gathering of oh so necessary female voices, granting equilibrium to the male perspective, making round and whole something which is so one sided.

And a holistic world view is what we’re striving for here, for see how many oeuvres present an alternative worldly order in which positive, ‘softer values’ are advocated for: empathy, femininity, domesticity, exuberance, patience, intimacy, and care for the earth. Indispensable values, as we’ve certainly come to learn this year.

Allow yourself to be amazed, you don’t know what you’re in for yet, 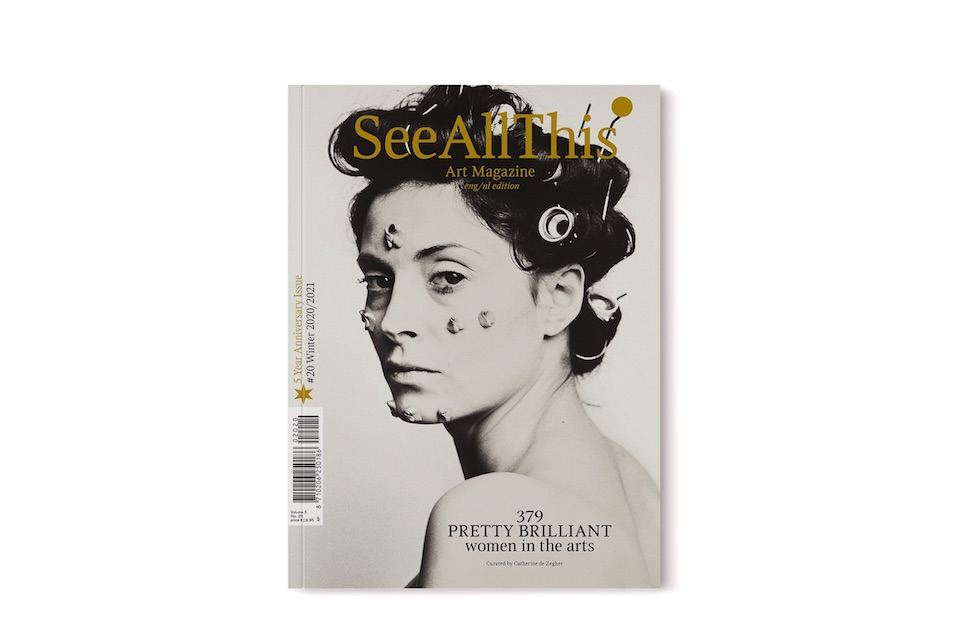 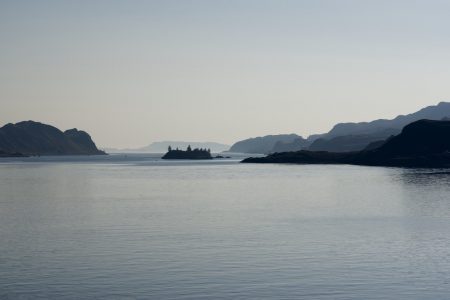 The night the ferry came | Editor’s letter See All This #28
‘The sea was mirror smooth. The sky a cloudless dome. The fire in us grew.’ Read the editor's letter by Nicole Ex from the upcoming Winter issue of Se... continue reading > 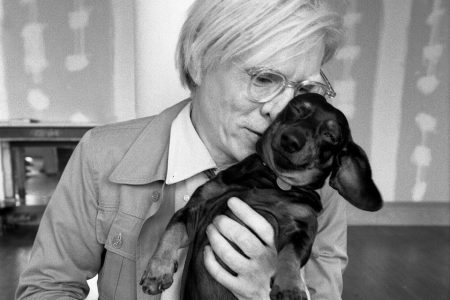 Inner circle | Editor’s letter #26
Things that are close by, things that seem far away... there’s a difference. Or rather, an indifference: to the baby chicks rolling off the production... continue reading >

See All This #22 - Curated by Iwan Baan
The summer issue of See All This takes you on a trip around the world. A journey on paper, to be enjoyed from ones own couch, featuring some of the mo... continue reading >
Try See All This Magazine
1 year for € 49,95-
Save 20% compared to buying single issues!