The Strength of Soft

Claudy Jongstra creates a completely authentic universe with flax, felt, sheep’s wool and plant colourants. Her exhibition Ancient Light in the Frisian Museum in Leeuwarden is on view from the end of March.


The navigation system’s screen shows a straight, white line on a black plane: the Afsluitdijk, with water on both sides. We are on our way to Friesland. Claudy Jongstra (1963) lives and works in a small village, about fifteen kilometers from Leeuwarden. She herds sheep there in the polder and grows chamomile and dahlias in her biodynamic garden. With the wool from her sheep and the colourants from her plants she creates a universe in pale and profound colours. Her work awakens a desire: you want to touch it and keep it with you – even if it’s not more than a piece of felt or thread to put in your pocket.

We meet Claudy Jongstra in the dye-house of her workspace. Baskets filled with dried leaves and onion peels are on the floor. The window sills are filled with jars of coloured water. Flowers and rolls of wool float inside of it, a dying method that makes the wool soak up the plant’s colourants. Meanwhile, Jongstra stirs a pot of water, indigo and wool and lets us experience ‘the miracle of this colourant’: the wool only turns to blue once it’s exposed to oxygen. ‘The colour indigo represents transition,’ she explains, ‘a colour to which magical powers were ascribed for eras.’ 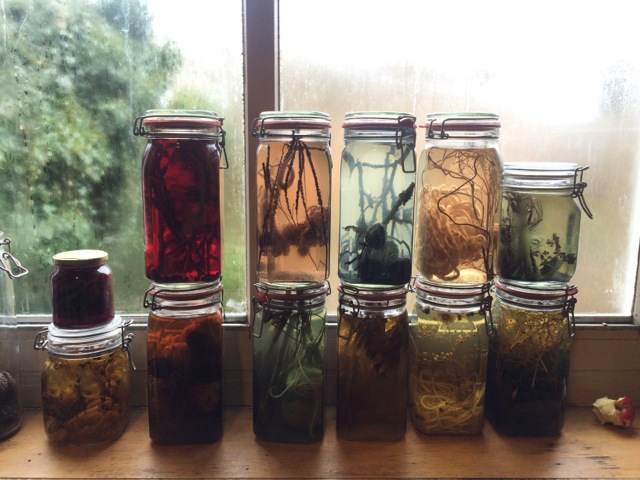 When Jongstra talks about her motivations, seated at the wooden kitchen table, it turns out that the word ‘transition’ is at the core of her work and world view. She believes in a new world and ‘in the inevitable connection to beauty and nature to become whole as a person’. That’s why nowadays she works with teenagers. She makes art with them once a week, works the land, kooks and builds fires: ‘The force of creation, connectedness to nature, physical exercise and healthy food help us build a vital society. 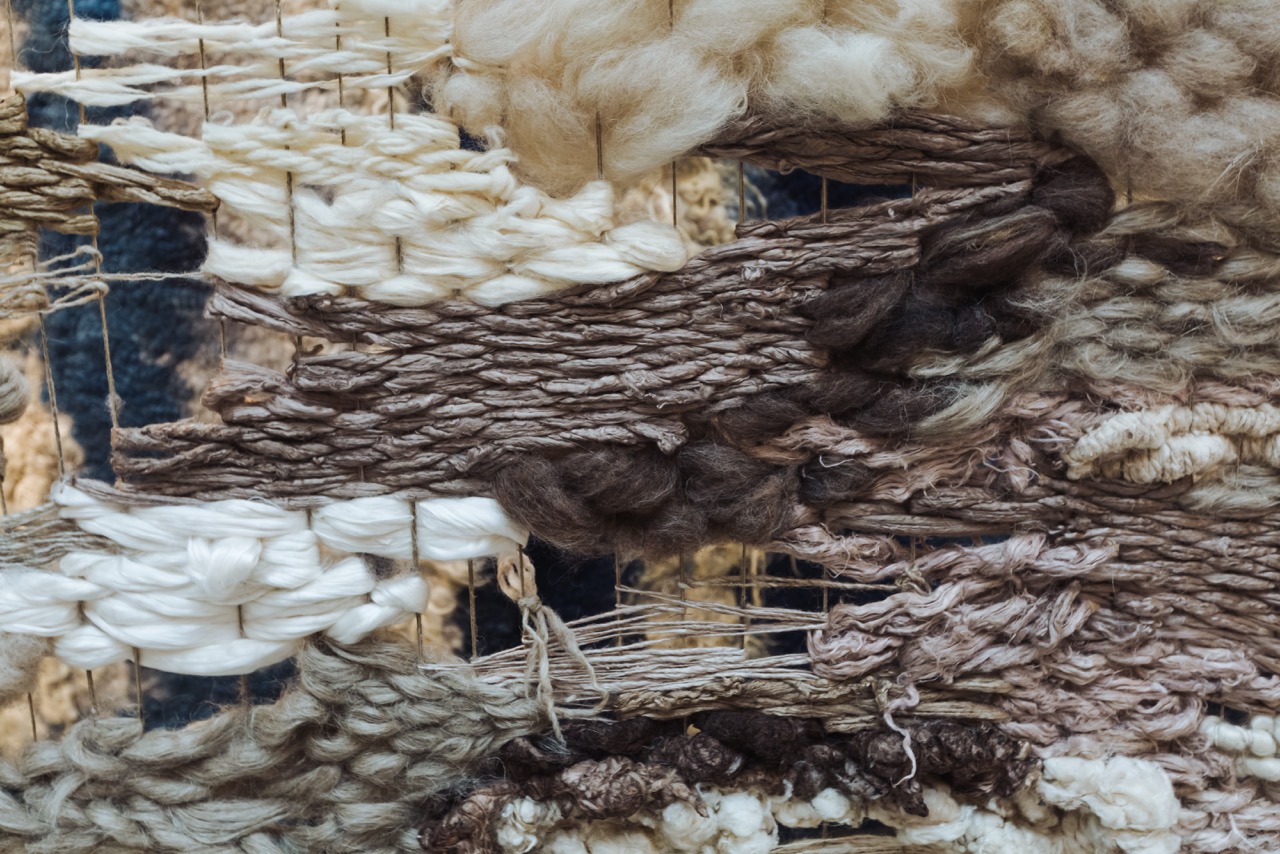 Claudy Jongstra’s world view doesn’t leave room for cynicism. How she does it? ‘I am energized by a new generation that is open and awake,’ so she says. ‘And I feel like I’m elevated by some people who believe in my work.’ She worked on the costumes of the Jeddahs in Star Wars, was commissioned by Mitch Kapor (developer of Lotus 1-2-3) to make a tapestry in Kapor Center for Social Impact in Oakland and worked on a tapestry called Earth, for the San Francisco Museum of Modern Art that will be on display from May onwards. 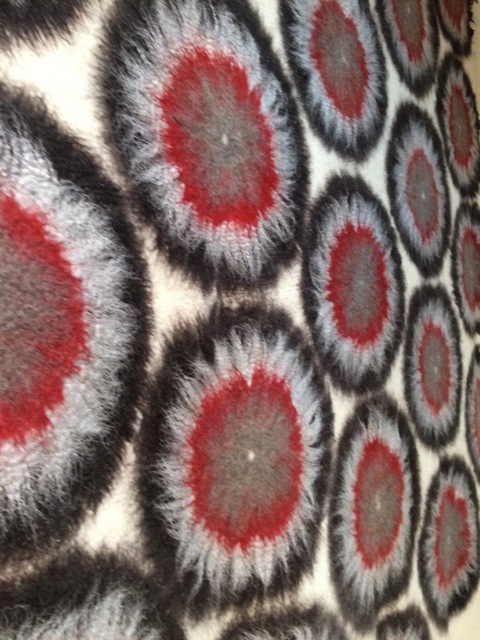 The four galleries of the Frisian Museum in Leeuwarden are soberly furnished. The first gallery shows a retrospective, the second and third show the process of creation and the fourth provides a space for Metaphoric Indigo (2016). It’s a monumental circle in which strings of white and indigo blue sheep’s wool hang. In the center of the circle you experience the strength of a soft, natural material and you become aware of the aloofness of the gallery and the brick, sharp-edged architecture that surrounds us on a daily basis. 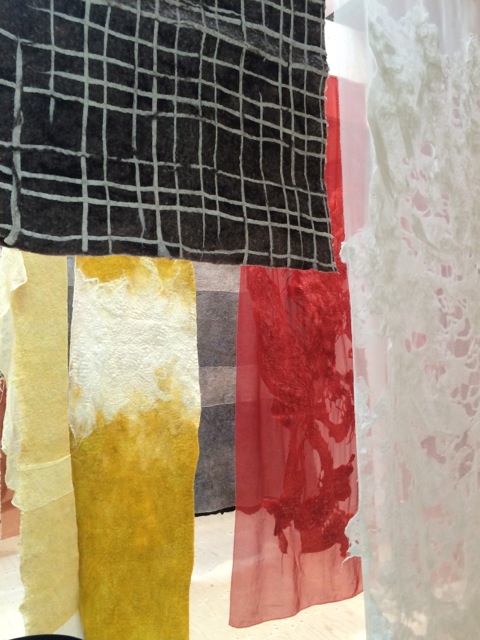 Jongstra herself is particularly drawn towards the work that she just made at the museum. As of recently, she has a fascination for the warp and woof of the weaving process and the tridimensional space that it creates. On a gigantic frame, she plaited flax, wool and silk through clamped strings, creating a natural landscape: ‘I am completely obsessed with the rhythm that’s caused by the weaving process. I am a wild weaver, intuitive and free. In moments when that happens, a melody is constructed. Then you enter a world you never want to leave again.’ 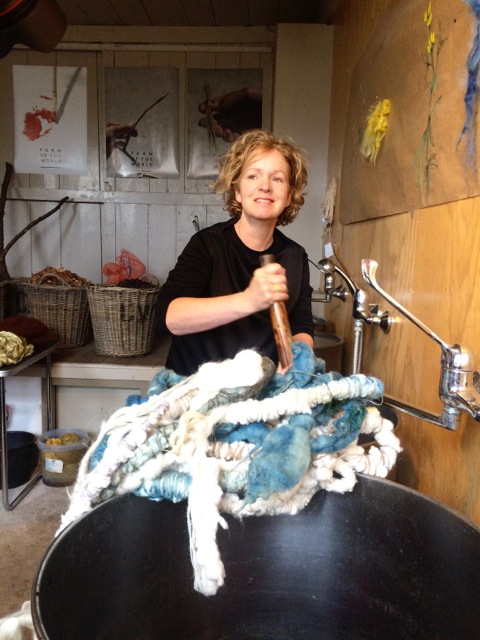 Ancient Light, Frisian Museum Leeuwarden, 26 March 2016 until 8 January 2017.
Earth, from the end of May 2016 permanently in the collection of SFMoMa, San Francisco.

Farm of the World Foundation

Together with Claudia Busson and Gitta Luiten, Claudy Jongstra took the initiative to start the Farm of the World Foundation. The foundation organizes an innovative learning project for underprivileged youth at the farm De Kreake in Húns (Friesland). There, they work together with artists, designers and students and produce biodynamic bouquets and food from home-grown flowers and vegetables, ceramics of local clay and natural resources for art works. By becoming a friend of Farm of the World, you help to provide a better future for these youngsters. Your contribution is more than welcome on NL65TRIO0198013892 in name of Farm of the World Foundation.

Comments on The Strength of Soft 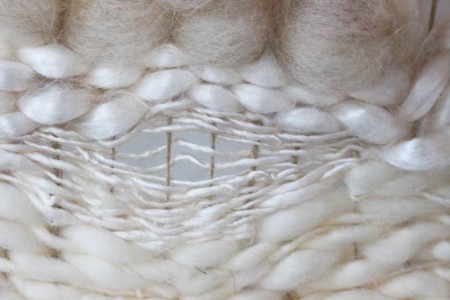 For Lynn's mother
In a world in which many online forums are spouting discontent, we were astonished by the beautiful and moving reactions that our readers posted below... continue reading > 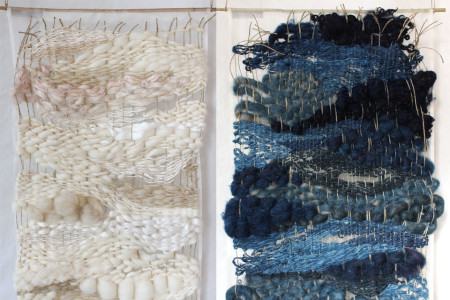 For your mom. And for you.
Mother's Day is in a week. A flower bouquet from their son or daughter brings many moms joy. Others absolutely don't want to get anything on this day.... continue reading >
Try See All This Magazine
1 year for € 49,95-
Save 20% compared to buying single issues!