Design and living gardens, decorative and sculpture gardens are the work of artists. Those paradisiacal courts often served to amuse or inspire painters and writers in turn. Art would have looked a whole lot different if it wasn’t for gardens.

The gardener served as a literary figure at times. Not too meritorious we might add. In the famous poem by P.N. van Eijck, The Gardener and Death, the gardener is a coward who tries to escape death – until it comes to get him in Ispahaan. In Being There, the novel by Jerzy Kosinski, the gardener is accidentally mistaken for a wiseman. While this Chance Gardiner chatters away about working in the garden and ‘growing with the seasons’, his words are interpreted as profound clues for trade and politics.

A labour division can be made between garden makers: gardener and botanist, designer and architect, and finally garden artist. Prestigious section prices (the Maaskant price to the young designers of Lost Landscapes; earlier for the famous Piet Oudolf) for architects underline the value of man-made gardens. At the same time, variation increases: there are design gardens, living gardens, natural gardens, child-friendly gardens, vegetable, gravel, park, decorative and sculpture gardens. All of which refer to the cultivation of untamed nature. But at the same time also to the prophecy of ‘paradise makers’. The roots of which are old by the way: the Chinese decorative garden stems from the sixth century.

All those small, or often big pleasure courts served to pleasure and inspire other artists too. Renowned is the exotic garden in Marrakech of fashion designer Yves Saint-Laurent, the Majorelle garden by Jacques Majorelle’s hand. The cobalt blue that colours the many decorations in the garden and the atelier were later on named after this artist: Majorelle blue. 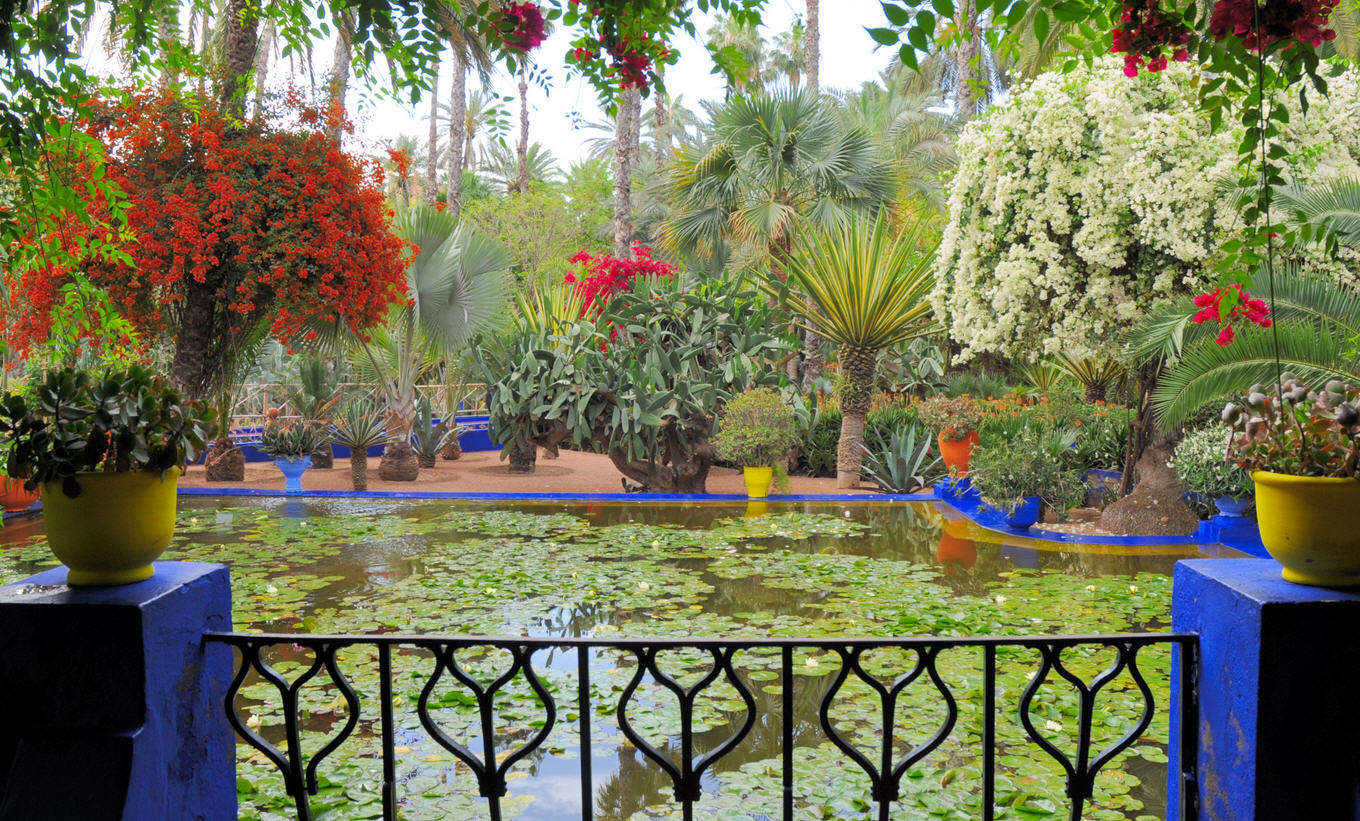 Many artists, poets and writers had a gratifying garden. Claude Monet could have never painted his famous Japanese bridge, the weeping willow and the water lilies without having access to his outdoor space in the Norman Giverny. Goethe couldn’t have developed his garden philosophy without his lovely garden in Weimar. 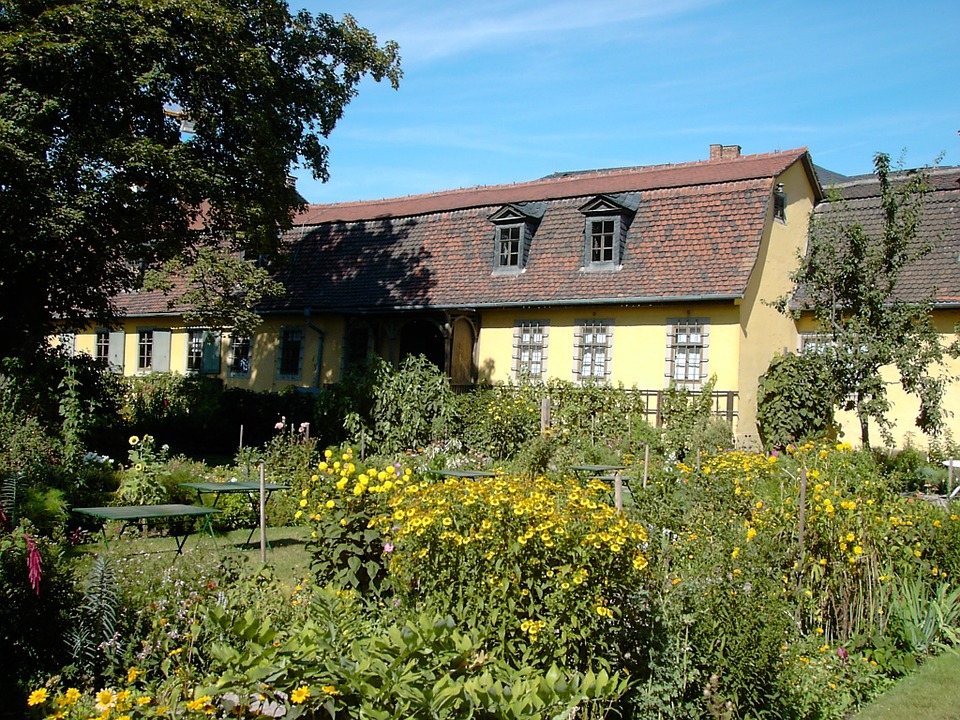 And then there was Sissinghurst’s garden of course, at the similarly named castle in Kent, where poet and garden writer Vita Sackville-West made her dreams come true at the end of the 1930s. Sackville, already a celebrated ‘garden correspondent’ for The Observer at the time, described her garden as a house: complete with doors, walls and rooms, with different atmospheres and colours. And a matching symbiosis of flowers. 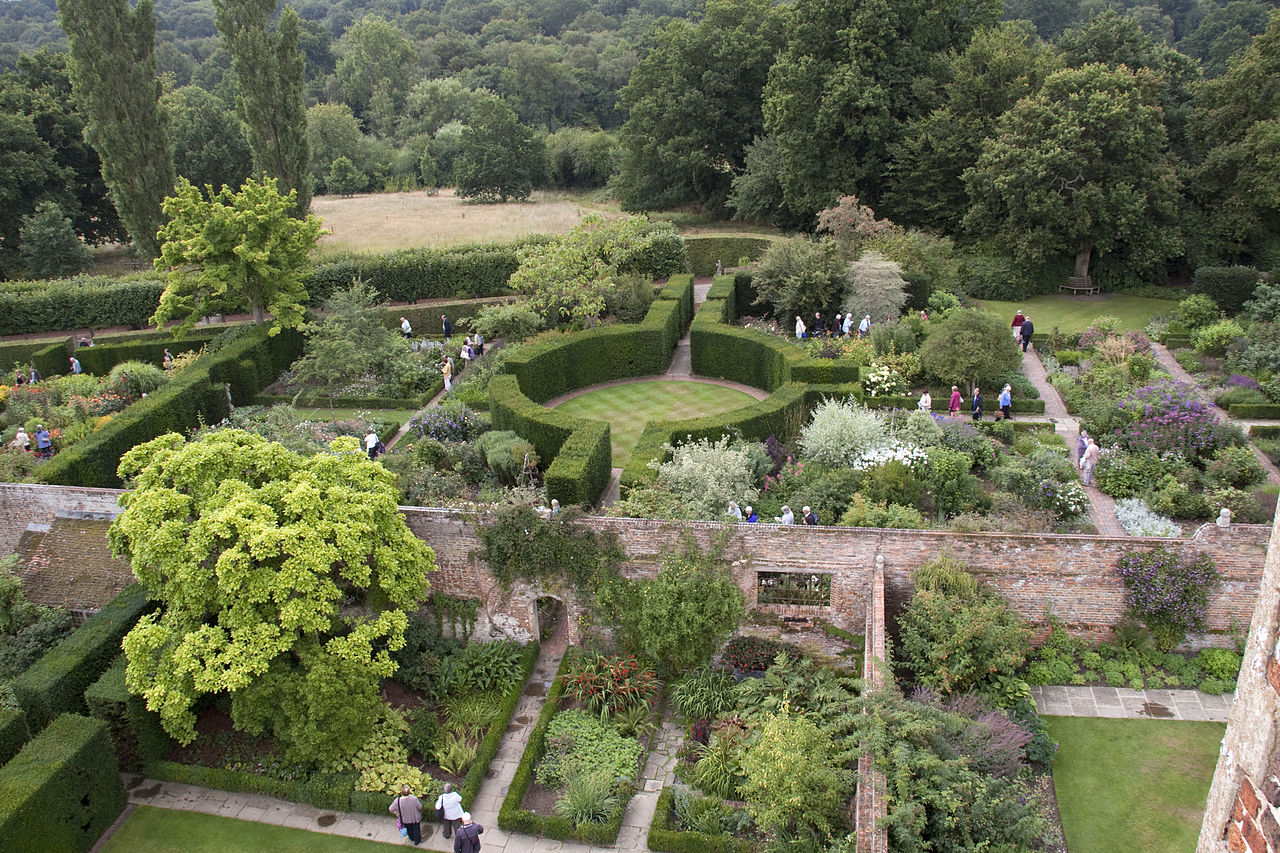 More often than once, her garden must have functioned as a backdrop for the many relationships she had with men and women. The most famous of which is without a doubt writer Virginia Woolf. And she too had a famous garden, surrounding her writing domain Monk’s House in Sussex. In her modern novel Kew Gardens she creates an environment in which characters are frequently reposing in the Summerly pleasure garden. 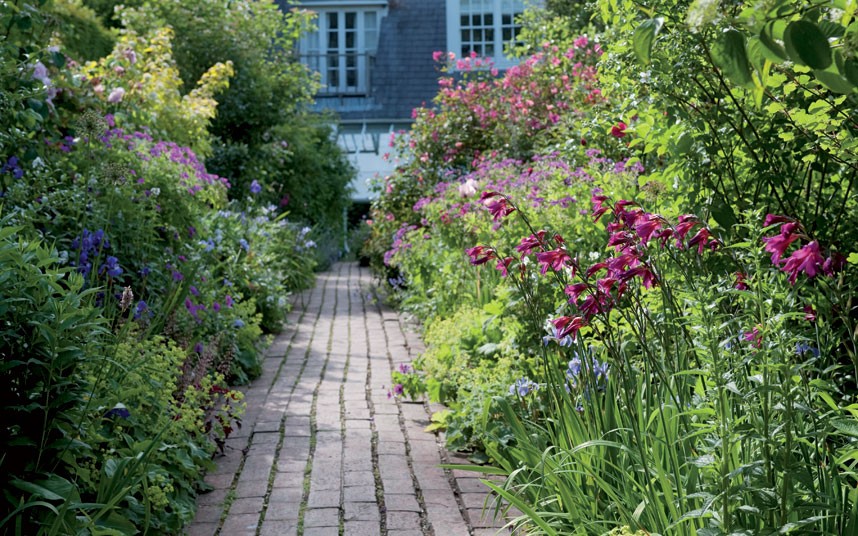 The garden of Virginia Woolf.

‘The outdoors’ was long considered nature, the way ‘indoors’ was considered culture. Contemporary artists and architects blended this vision, with the garden as a bridge. Houses can be ‘green’ too, build with natural materials. And gardens are beauty, living conditions. The Brazilian-Italian designer Lina Bo Bardi made this symbiosis into her trademark. She designed many buildings worldwide, among which is the Museu de Arte de São Paulo. In 1951, Bo Bardi and her husband moved into Casa de Vidro (house of glass), a house that she designed herself at the edge of the Brazilian rain forrest. The house itself is on stilts, giving nature around it free play. And, like the courtyard, it’s open from all sides; trees grow right into the heart of the house. 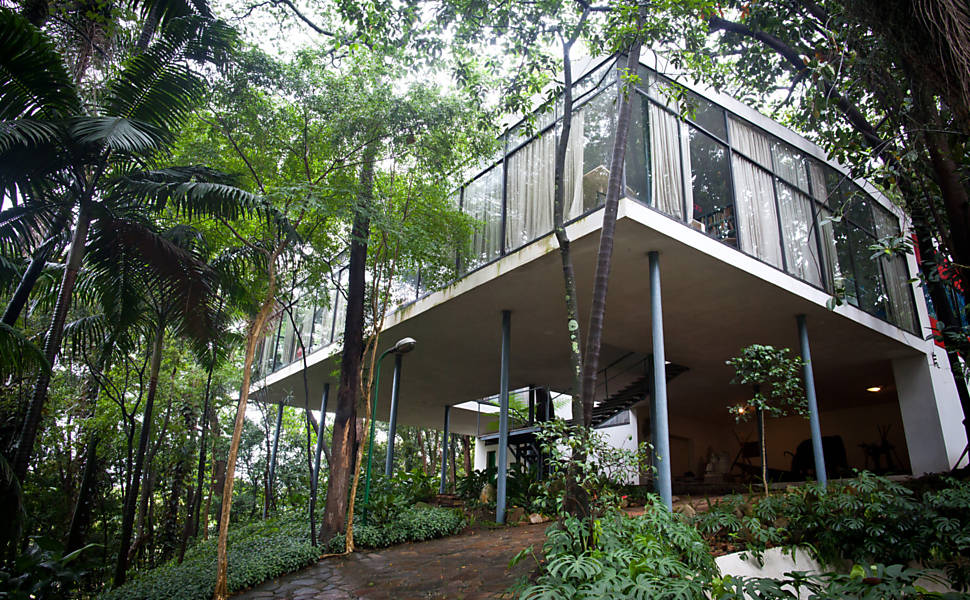 Gardens can also provide a roof for other art forms. The famous Tuscan garden by Daniel Spoerri, Il Gardino, is full of fascinating sculptures and installations of a total of over forty artists. 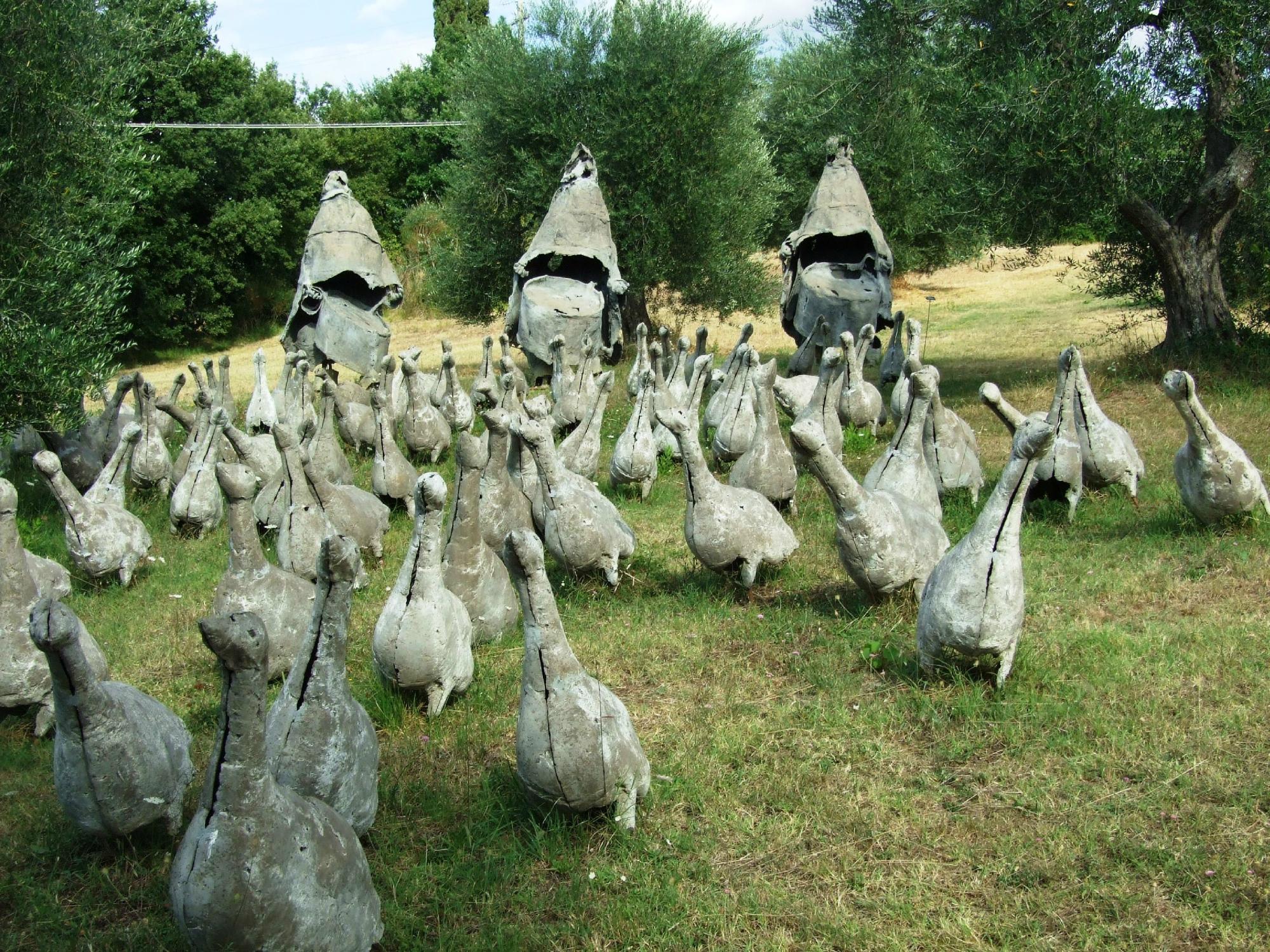 Finally, let’s not forget about all the zoos, yes indeed, gardens with animals. While the interest of its inhabitants is increasingly under pressure, garden art becomes more and more important. The recently renewed Artis for example, is explicitly pulling in visitors with its historical municipal park and landscaping. One of the things already accommodated by the monumental library was the special collection of botanical books. The classical zoo was ahead of its time, as an illuminated junction between nature, culture and heritage. 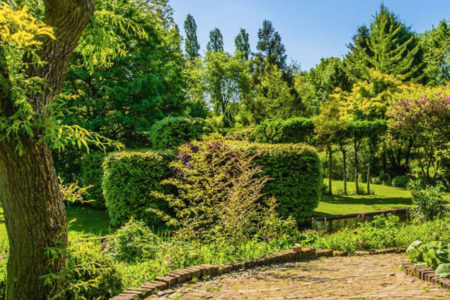 The most beautiful gardens & plantations
Anke Riesenkamp lives, works and gardens in Castle Baexem. She organizes cultural events there - Salon de Heerlijkheid - and 'artists in residence' so... continue reading > 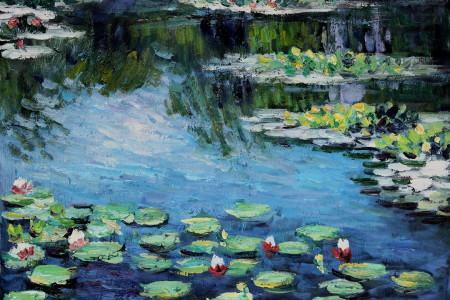 The Garden of People
In about every period and art movement, artists have looked for inspiration in gardens. But no two gardens are the same. The exhibition Gardening in F... continue reading >
Try See All This Magazine
1 year for € 49,95-
Save 20% compared to buying single issues!