This morning in Den Bosch, the Bosch Research and Conservation Project, a team of Bosch scholars and scientists who have examined all of the Bosch works in the world over the last six years, announced that they had discovered a new Hieronymus Bosch at the Nelson-Atkins Museum in Kansas City, Missouri. The work, The Temptation of St. Anthony, is a small fragment that was probably cut from the side panel of a lost triptych. It has been mostly kept in the storage facility of the Nelson-Atkins Museum, and it has been on display only a couple of times in the last decade.

‘This is a one in a lifetime designation and I just happen to be the lucky guy,’ said Julián Zugazagoitia, director and CEO of the Nelson-Atkins Museum, which purchased the work from a private art dealer in New York in 1935. ‘This puts us in a totally different light, as one of the rare American museums to have a Bosch.’

The announcement of the discovery was made at the Noordbrabants Museum in Den Bosch, which is about to open the largest retrospective of Bosch paintings ever assembled, with 20 of the artist’s paintings and 19 drawings. The exhibition opens to the public on 13 February and will run until 8 May. After that, most of the works will move to the Prado Museum in Madrid, which will host its own exhibition. 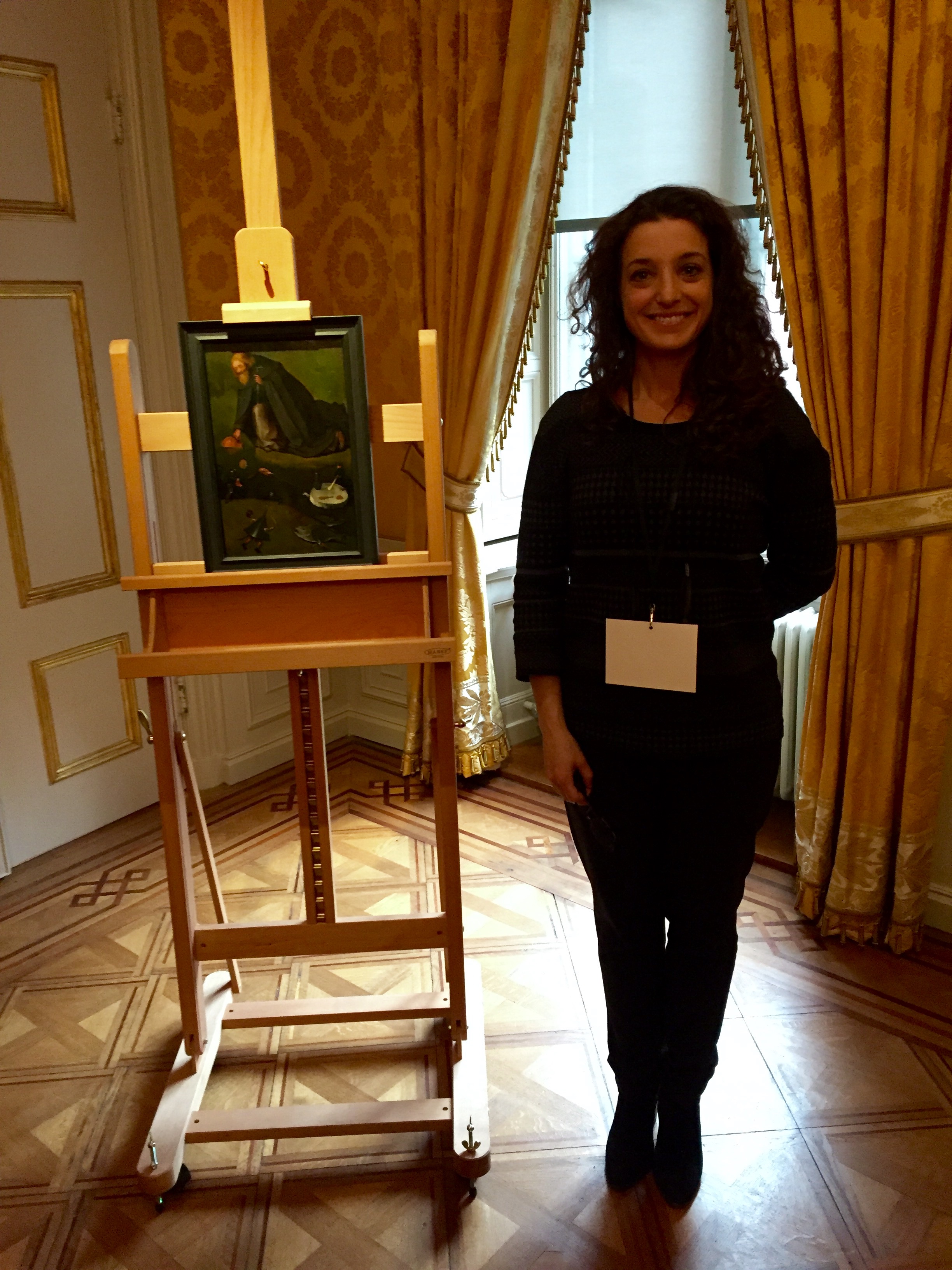 See All This’ Nina Siegal with the newly discovered work of Bosch.

‘Of course we knew this for some time already and it was very difficult to keep it secret because everyone is very excited that we could find a new Hieronymus Bosch,’ said Charles de Mooij, director of the Noordbrabants Museum. ‘Nobody expected this when we started out nine years ago.’

For the Nelson-Atkins, the discovery allows the museum to rediscover a work that’s long been part of its collection, with a brand new set of eyes.’So the question is now, how do you bring it back?’ said Zugazagoitia. ‘How do we celebrate this discovery and how do you give it the right kind of attention?’