A breakthrough when you’re well in your eighties. That would make you the ultimate late bloomer – or maybe you didn’t bloom late, but the world simply didn’t notice you before. In the first edition of See All This magazine we pay attention to women such as Carmen Herrera (99), who only made it later in life. ‘If you wait for the bus, the bus will come’, Herrera simply puts it. The same applies to the next ‘late great’: Hannah Höch, who didn’t make it into the magazine, but whom we’d like to introduce to you here.

‘I would like to show the world today as an ant sees it and tomorrow as the moon sees it…’
– Hannah Höch, Catalogue Gallery De Bron, 1929

A pioneer in the medium of photomontage, the German Weimar-era artist Hannah Höch (1889-1978) transformed fashion and advertising images of her time into abstract Dadaist portraits of an era. Emerging amid the Berlin Dadaists in 1917, Höch encountered domination by and exclusion from her male counterparts. Reflecting on these rather negative experiences later, however, she demonstrated an exceptional sense of humor. 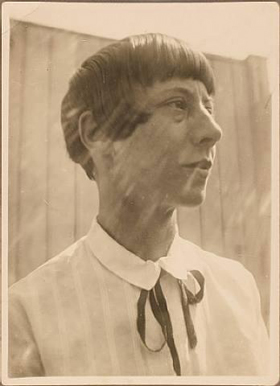 Creative crisis
In 1920 she wrote an intriguing short story, Der Maler (‘The Painter’), in which she describes the saga of God-Beloved Heavenly Kingdom, an artist who reaches a creative crisis when his wife asks him to do the dishes. The story was based on her troubled relationship with fellow Dada artist Raoul Hausmann, with whom she broke up in 1922. Höch exhibited her work in 1929 in Gallery De Bron in The Hague and didn’t have a large exhibition before 1974, at the age of 85, in the National Museum of Modern Art in Kyoto (Japan).

Her personal life and her art were often intertwined. As an openly bisexual woman, Höch strived for the revolutionary, the unsettling kind of thing. Through the use of alienation in her collages — “cutting up, sticking down, activating” — Höch destabilized intellectual precepts and took the art of collage to new heights.