A suitcase and a child-buggy are perhaps the perfect symbols of his working life. The Dutch-born photographer Iwan Baan (b. 1975) has spent the last fifteen years travelling all over the world to capture the places we call our own. National borders were mere lines in the sand; every city was a stop on the way to somewhere else. 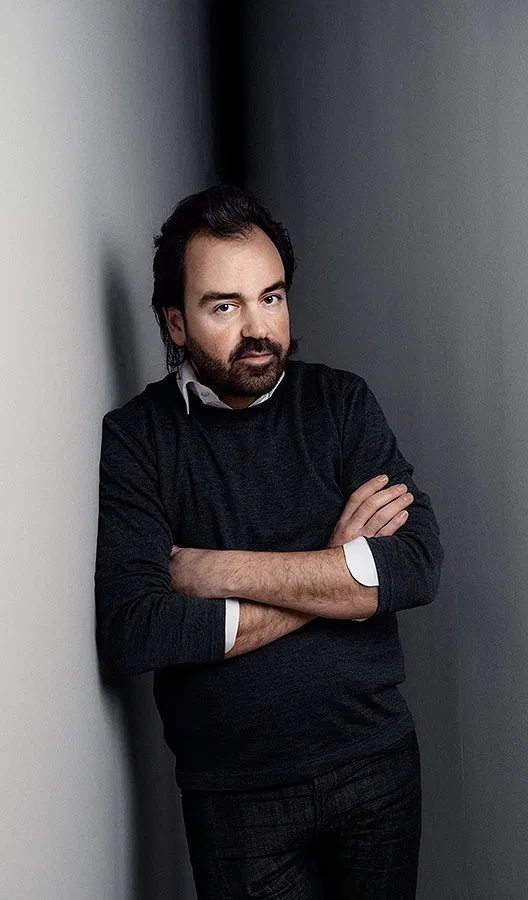 Sitting across from Iwan Baan in his corner house in Amsterdam’s historic Jordaan district, I feel like a birdwatcher with some rare migrant species in his sights, just alighted and about to take flight again. In the background, chugging away like an electric coffeemaker, a computer loads Iwan’s latest set of photos. Beside us, next to the front door, stands a baby buggy, together with two camera bags and an indestructible-looking steel suitcase. In the last 30 days, Iwan has made 21 flights, often doing his postproduction on the plane to save time. His commissions all come to him by e-mail.

A suitcase and a child’s buggy – perhaps the perfect symbols of Iwan Baan’s working life. The Dutch-born photographer (who grew up surrounded by Dudok-designed buildings) has spent the last fifteen years travelling all over the world photographing the work of leading architects. National borders were mere lines in the sand; every city was a stop on the way to somewhere else. When a strange accident led to his Amsterdam home burning out in 2011, it was actually a relief: it meant he had no excuse to stop travelling. And his immediate family – his Canadian wife Jessica and two kids (aged two and six) – invariably travelled with him, assisted by an au pair. The usual pattern was two months in the United States followed by two months in the Netherlands – they had a special agreement with the schools in both countries to be able to take them in and out and move back and forth, he calls it the ‘nomad exemption’. The children are being brought up bilingually. 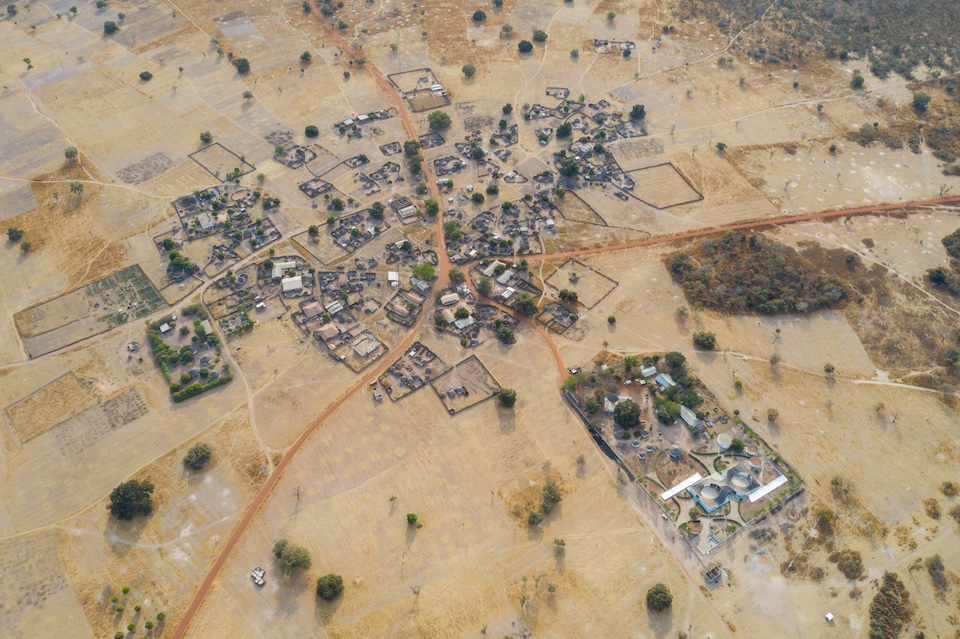 When he arrives in a place, local people frequently don’t realize he’s a photographer. He built his own camera at the age of sixteen but these days, with his handy 35mm digital camera, Iwan looks more like a tourist than a professional photographer. No assistants, no tripod. But he does frequently hire in helicopters or, where it’s impossible to hire aircraft, use a small drone to get his renowned aerial shots.

And then came 2020: the year of the great caesura, when the skies suddenly emptied and globetrotters like him found themselves confined to home. ‘Actually, you could feel it coming right from January’, Iwan recalls. ‘Jobs were postponed, then put off again. New commissions came with no dates attached. People were nervous, you could hear it in their voices. And in February the world started to go into lock-down, our freedom of movement was gradually reduced.’ He gives me a cup of coffee, spat out by the Nespresso machine in the kitchen. His voice is soft and friendly, the sort used in wildlife films. He wears a shirt and sweater. As always, he is unshaven, his short black beard stippled with grey. We are in his office on the ground floor of the house. Black tables pushed together, Apple monitors, and shelves holding Iwan’s latest books. The family lives upstairs, in what used to be its pied-à-terre. Prior to the lock-down. ‘In March, the dominoes began to topple. I was in Sweden. I got on the last flight to Amsterdam before the whole country closed down.’ 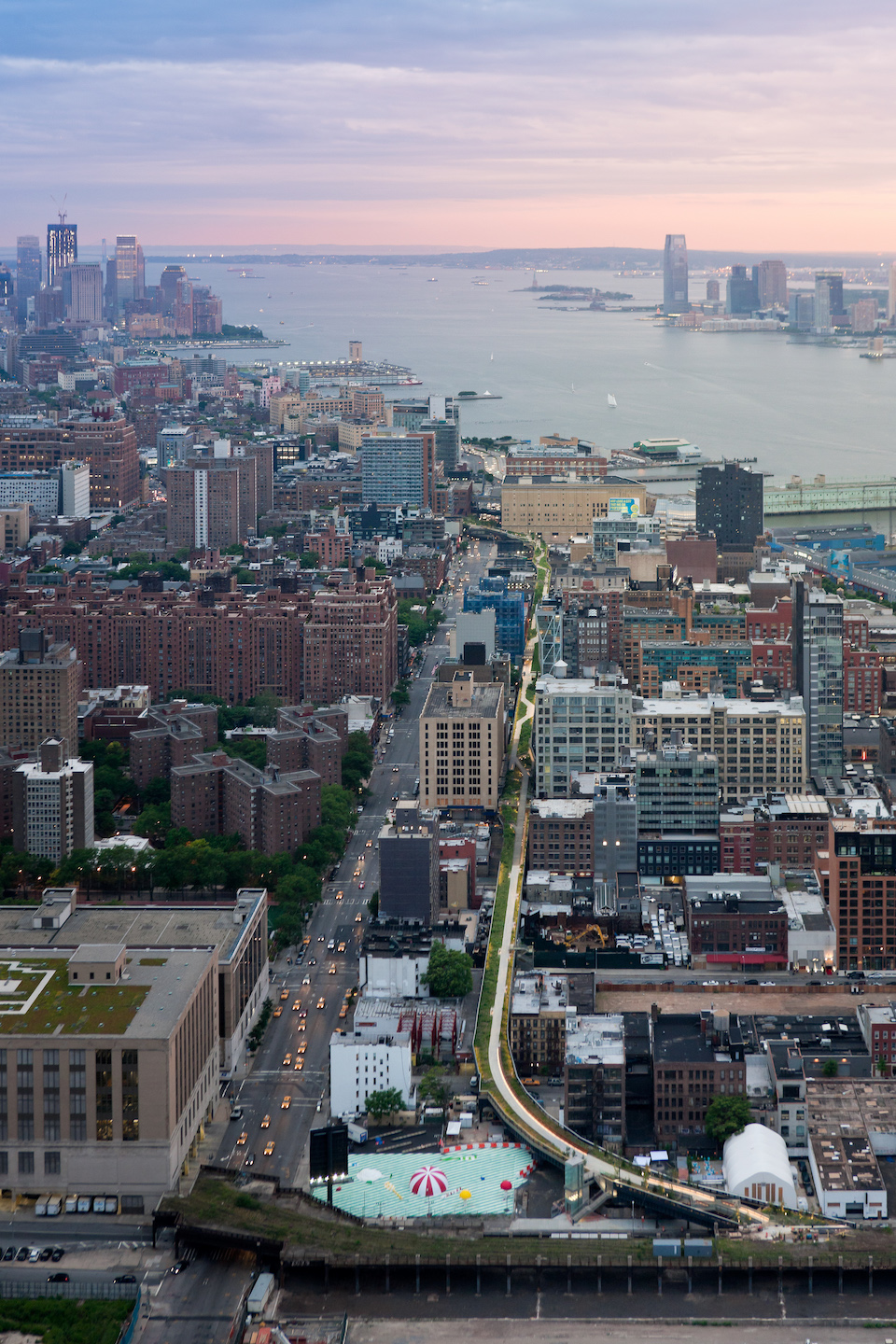 Once back in the Netherlands, the family faced a difficult decision. ‘Should we go to America, where we’ve got another house, in upstate New York? We have got lots of space there, surrounded by woodland. But, against that, here we’ve got a support network of friends and relatives. We were a bit chary of rural America. We thought, if things go pear-shaped over there, everything will shut down. And we were right: two weeks after we decided to stay in the Netherlands, the only local hospital near our home in America closed its doors.’ The au pair returned to the US but the family remained at base in Amsterdam.

Wasn’t it depressing, suddenly having his wings clipped like that? He smiles. ‘I’ve always been good at adapting. Circumstances change, people adjust.’ If you had to identify any one leitmotif in his work, that would be it. For perhaps the first time in his career, he was forced to travel in a different way; not so much from place to place as backwards in time, through his past work, creating a paper trail that would end in this edition of See All This. A journey to places that give Iwan hope. What does he mean by hope? I’ll come back to that later. 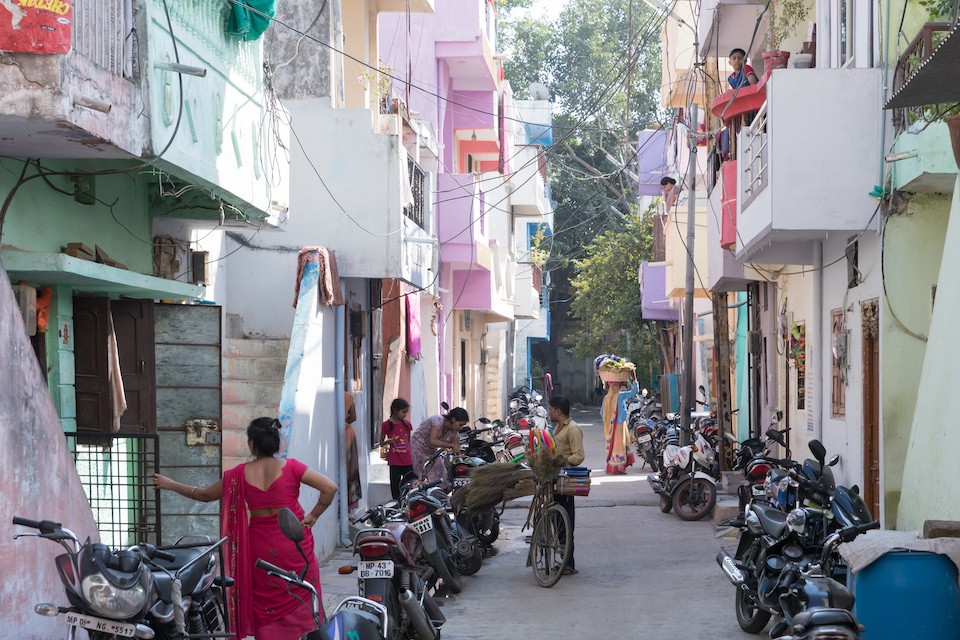 But first the question of how an architectural photographer could turn himself into a travel guide. Because the term ‘architectural photographer’ has never quite covered what he does. What Baan documents is not so much architectural edifices as the people who move around within them, stand next to them or live in their vicinity. People adjusting to change. The face of the building is visually attractive, but not so much as that of the old man gazing at it. The viaduct is striking, but not as striking as the tent city that has sprung up below it. Somewhere, in a French-language description of his work, I read that ‘Sous la pierre d’Iwan Baan, il y a toujours un coeur qui bat’: beneath the stones he photographs, there is always a beating heart.

And that’s a refreshing change. For decades, architectural photography has been all about producing coldly aesthetic images that present buildings not as the setting for people and their lives, but as perfect and inviolable monoliths that stand in the landscape awaiting admiration and reverence. That was how Baan’s predecessors, legendary photographers like Julius Shulman and Ezra Stoller, approached their subject. But perfection has never really interested Baan. By his own admission, he doesn’t ‘know anything about architecture.’ The real world is messy, he’s sure of that; cities are messy; people are messy. And given that buildings are not monoliths but an integral part of their environment (which they also help to shape), they should be depicted as messy.

Read the whole interview in See All This #22 > 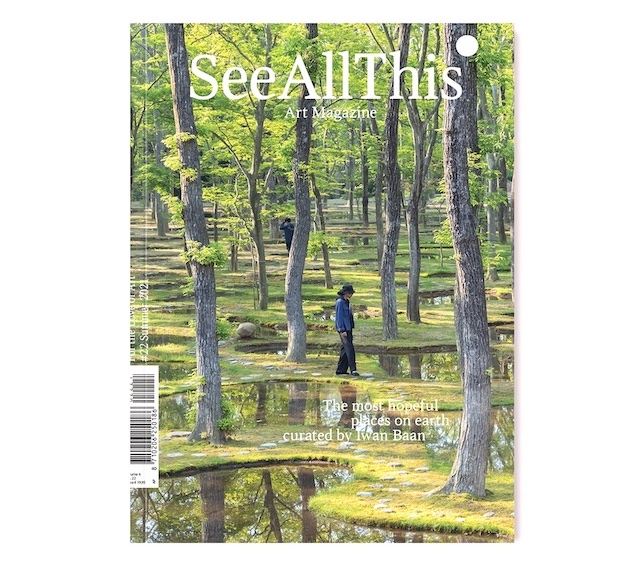 leave a comment Cancel reply
Try See All This Magazine
1 year for € 40,-
Save 20% compared to buying single issues!