Judith I, the famous painting by Gustav Klimt is now hanging in the Gemeentemuseum The Hague next to Egon Schiele’s Portrait of Edith. From Saturday on, fans can come and admire the work.

At first sight, it seems to be quite a lovely work. A beautiful woman, half undressed, painted in gold and fluid lines. But who takes a closer look sees that we are dealing here with a cruel scene: the woman, Judith, holds the bearded head of general Holofernes in her hand, cut-off just before by her personally with two powerful sword strokes.

Judith I, one of the most famous paintings by the Austrian painter Gustav Klimt, is on view as of this Saturday at Gemeentemuseum The Hague. The painting from 1901 is a loan from the Österreichische Galerie Belvedere in Vienna and ‘a dream come true’ according to Benno Tempel, director of the Gemeentemuseum. ‘The painting rarely leaves Vienna’. 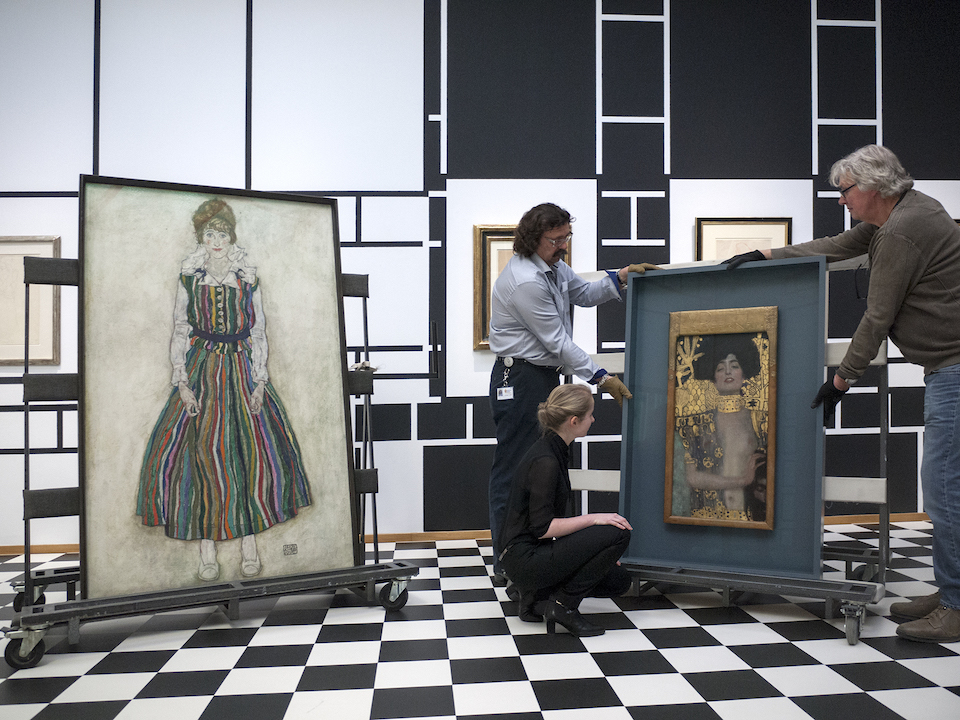 Shy Edith and sensuous Judith, together at the Gemeentemuseum The Hague. Photo: Kristine Nørgaard Andersen.

According to the Biblical story, the unreachable Judith in Judith I rescues the city of Betulia from colonel Holofernes, who travels about with his army to conquer the world, looting and murdering. When the city almost collapses after being besieged for three days, the widow Judith decides to take action and gets the colonel drunk: ‘Then she walked towards the bed stile close to Holofernes’ head, took his sword from there, went to the bed and grabbed him by his hair. She said: ‘Give me strength now, Lord, God of Israël!’ and with all her strength chopped of Holofernes’ head with two strokes. (Judith, Verse 7) 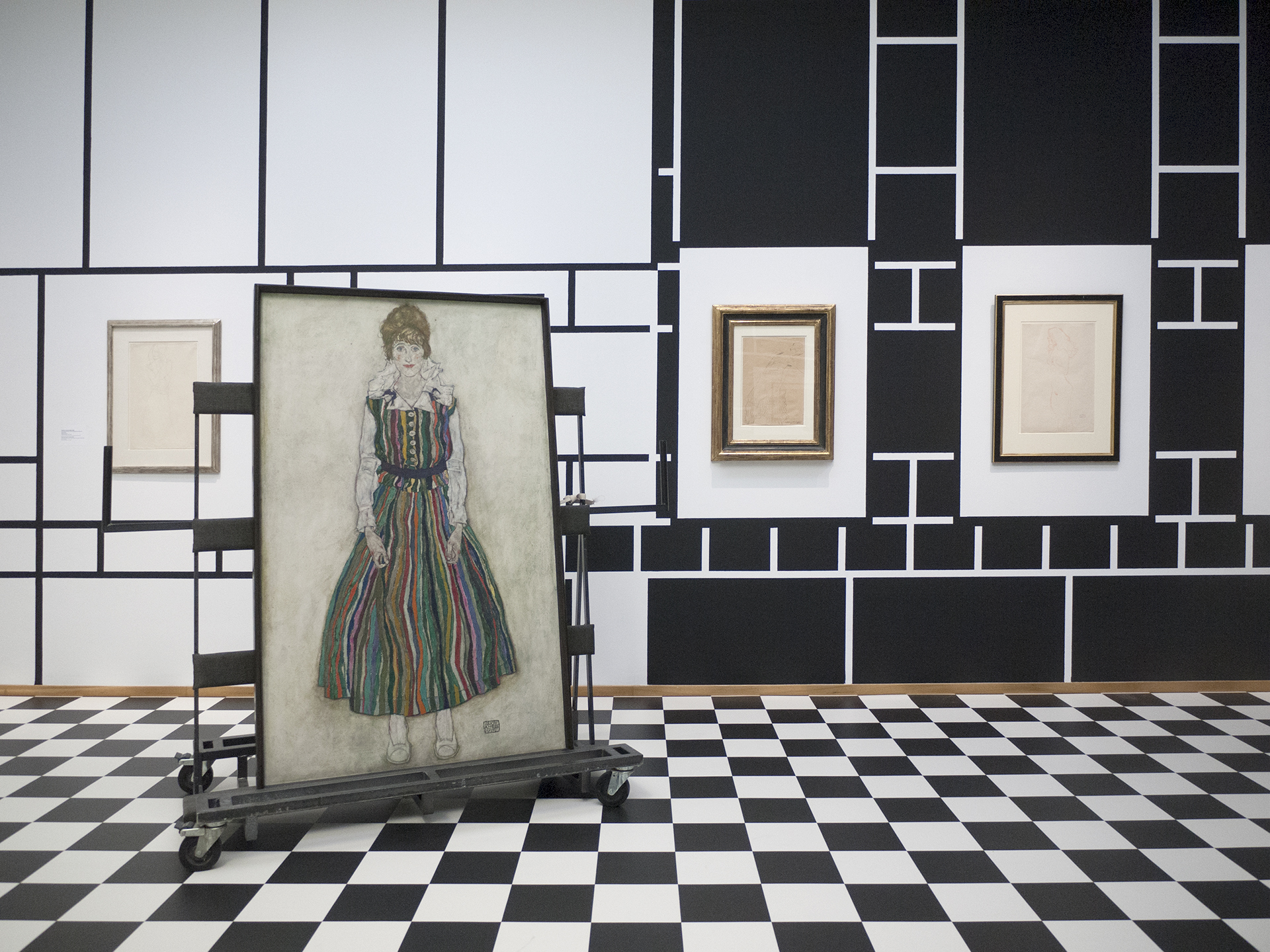 No, then Schiele’s Edith, that is much more coy. Schiele portrayed his wife Edith in 1915, just before their wedding, in a fragile pose, as an almost shy and cautious girl. She is wearing a striped dress, that she made especially for the wedding out of curtain fabric. The painting emits a certain tragedy, as if Schiele had foresight: three years after the portrait, Edith – pregnant with their child – dies together with her husband of the Spanish flu.

Judith I  and Portrait of Edith can be admired until 19 juni in the Gemeentemuseum. 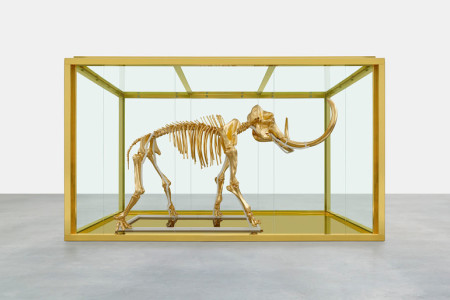 All that Glitters is Gold
National Museum week is coming soon and its theme is gold. Therefore, we dug up seven golden artworks. Shiny, sparkling, glimmering, glowing, twinklin... continue reading >
Try See All This Magazine
1 year for € 49,95-
Save 20% compared to buying single issues!